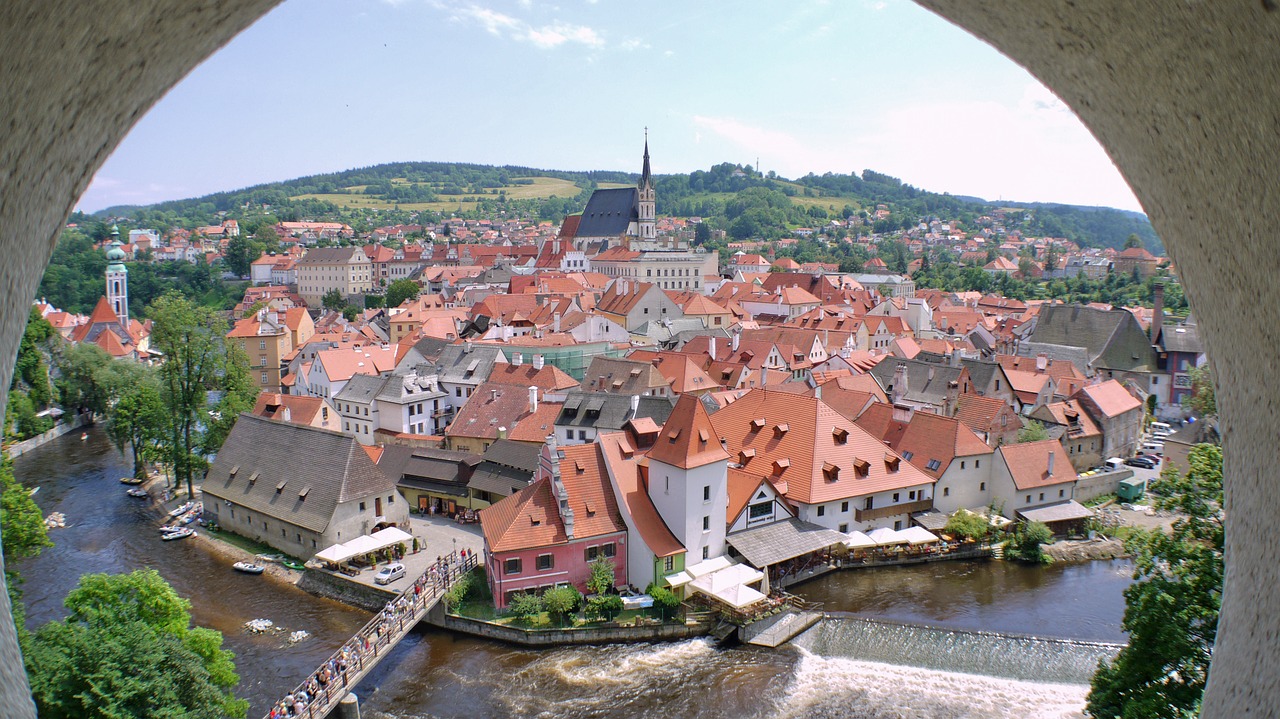 Český Krumlov, in Bohemia’s deep south, is one of the most picturesque towns in Europe. It’s a little like Prague in miniature – a Unesco World Heritage Site with a stunning castle above the Vltava River, an old town square, Renaissance and baroque architecture.

Český Krumlov hosts a number of festivals and other events each year including the Five-Petaled Rose Festival, which is held on the summer solstice weekend. The downtown area is turned into a medieval town with craftsmen, artists, musicians, and local people in medieval costume. Activities include jousting, fencing, historical dance performances, and folk theater, in the Castle precincts and along the river. It concludes with a fireworks display.

The International Music Festival Cesky Krumlov begins in July and ends in August, and features international music of various genres. Other such events are held throughout the year. The summer music festivals include the blues, rock, and soul festival Open Air Krumlov, held in late June at Eggenberg Brewery Garden.

Český Krumlov, a medieval town in South Bohemia, retains its fairytale-like atmosphere to these days.

During the visit of Český Krumlov you have the opportunity to see one of the most beautiful castles in the Czech Republic – Hluboká nad Vltavou. The castle is located close to Český Krumlov. This breathtaking castle looks like something snatched right out of a fairytale.

The castle has been used in a scene of the movie Shanghai Knights. The castle has also been used as a location for the Eastern Coven in the movie Underworld: Blood Wars. In 2019, kpop soloist Park Jihoon released his song LOVE and the music video was filmed in the castle.

How to get from Prague to Cesky Krumlov

It is rather difficult to get to Cesky Krumlov from Prague by public transport and takes quite a lot of time. For those who value comfort we recommend to choose an individual transfer from / to Cesky Krumlov, because this method is the most convenient! Also you have the opportunity to see not only the fairy-tale city, but also attractions that are located in its surroundings.