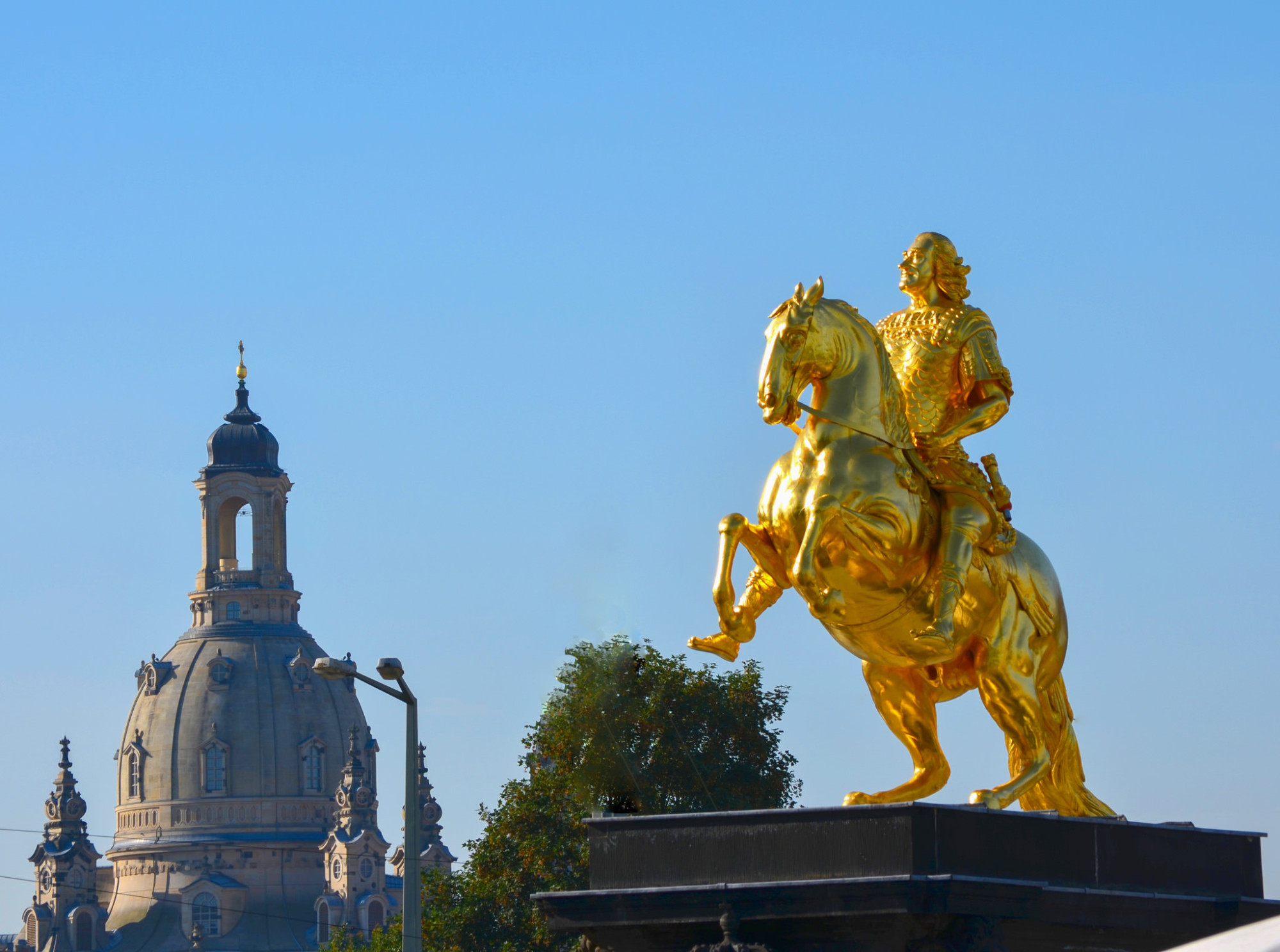 Visiting Dresden today, it’s difficult to conceive of the utter destruction it suffered during the Second World War. It has risen from its ashes. Palaces glitter, gardens bloom, and the dome of the magnificently restored Frauenkirche again stands out above the skyline.

Dresden offers attractions in great variety and combines three aspects which complement one another: notable art treasure, architectural sights and a charming landscape.

Some interesting tips what to visit in Dresden and its surroundings:

The Zwinger Palace is one of the most excellent examples of late Baroque architecture in Germany. It served as the orangery, exhibition gallery and festival arena of the Dresden Court. Today, the Zwinger is a museum complex that contains the Gemäldegalerie Alte Meister (Old Masters Picture Gallery), the Dresden Porcelain Collection (Dresdener Porzellansammlung) and the Mathematisch-Physikalischer Salon (Royal Cabinet of Mathematical and Physical Instruments).

Dresden's most famous symbol is the rebuilt Frauenkirche. This monumental Protestant church was constructed between 1726 and 1743, reduced to ruins on 13/14 February 1945 and rebuilt from the 1990s. In 2005 it was reconsecrated. Dresden's spectacular Frauenkirche is one of the most remarkable reconstruction projects ever to have taken place in Germany.

The house which literally sings in the rain

It’s called the Hof der Elemente of the “Courtyard of Elements”, designed to turn the ordinary pitter-patter of rainy weather to a wonderfully unique symphony that rings throughout town. Tourists brave the weather just to hear this extraordinary musical sensation.

Moritzburg Castle  is a Baroque palace in Moritzburg. It is named after Duke Moritz of Saxony, who had a hunting lodge built there between 1542 and 1546. The surrounding woodlands and lakes have been a favourite hunting area of the electors and kings of Saxony.

The residence of the king in the famous fairy tale ''Three Hazelnuts for Cinderella" was filmed in this castle.

Königstein Fortress is a hilltop fortress near Dresden, in Saxon Switzerland, Germany, above the town of Königstein on the left bank of the River Elbe. It is one of the largest hilltop fortifications in Europe and sits atop the table hill of the same name. The fortress, which for centuries was used as a state prison, is still intact and is now one of Saxony's foremost tourist attractions, with 700,000 visitors per year.

How to get from Prague to Dresden

It is rather difficult to get to Dresden from Prague by public transport and takes quite a lot of time. For those who value comfort we recommend to choose an individual transfer from|to Dresden, because this method is the most convenient!